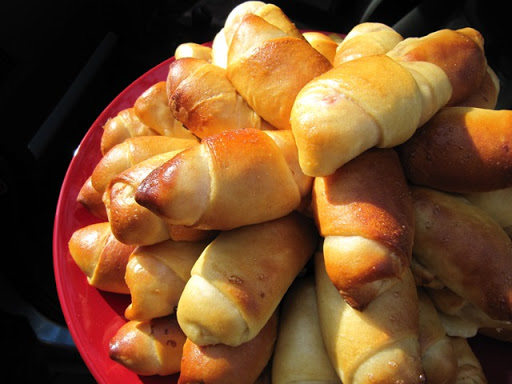 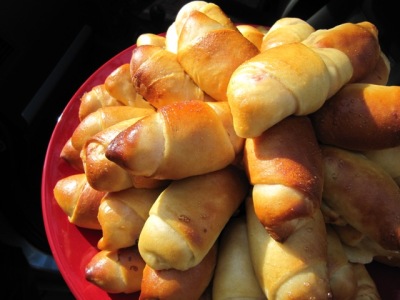 I put it off for as long as I could, but finally I’ve decided to translate some of the recipes into English, beginning with the Venezuelan ones.  A couple of months ago there was an End of Summer Party at Diego’s crèche, and I made some “cachitos de jamón”.  The literal translation would be something like little ham horns, a sweetish bread rolled like a croissant and filled with ham (or turkey, or ham and cheese –use your imagination).  I couldn’t have imagined how popular they’d become.  Some friends have asked me for the recipe, so here it is, with some history as to where they come from and how important they are to Venezuelans.  As you know, English is not my first language, so please forgive any grammatical atrocities you may find below…

* * * * *
The list of things that make a Venezuelan expat homesick is long: family, the beach and the good weather, the Ávila hill (if s/he’s from Caracas), partying for no good reason, the easygoingness towards the law, cheap gas…  But the very thing that we miss the most, even more than our own mothers, is a ham horn.
The cachito, diminutive of horn, is a sweetish yeasted bread (though not terribly sweet) which is traditionally filled with minced ham.  We never make it at home.  We go to any of the countless bakeries in any corner of Venezuela, get a cachito and a coffee and have a lovely snack.
I’m not sure about its origin.  I presume it was the creation of some nameless Portuguese genius at some point in the early 20th century.  For those of you unfamiliar with our history, a little context: at the end of the 19th century and during the first half of the 20th, Latin America received several migratory waves coming from Europe, mainly Spain, Portugal and Italy.  In Venezuela, the Portuguese immigrants began to open bakeries (among other things), and they mixed the flavours of their homeland with ours.  The result is wonderful, albeit little known abroad.  Both savoury and sweet bakery in Venezuela are outstanding, if I may say so myself!
Here you have my personal recipe for cachitos, very close to the real deal you get in bakeries.  It looks lengthy, but they’re really easy to make.  I hope you like it! 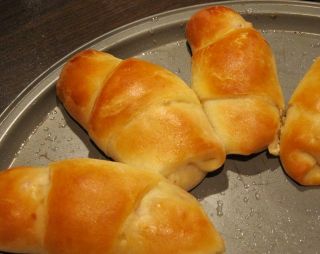 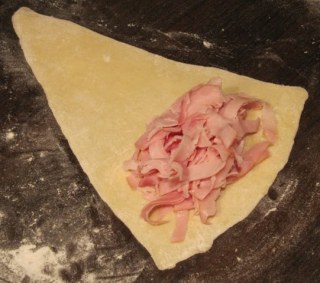 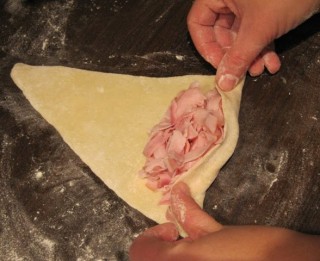 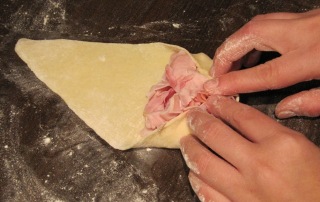 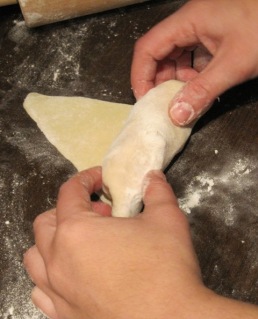 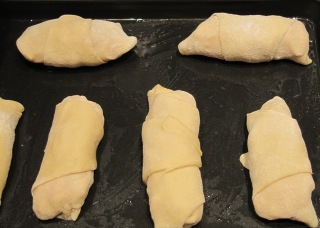